Our Lead(H)er series features impressive women leaders in the Tech Industry.  In this Q&A, we are featuring Carolyn Pampino, VP of Design at Brightcove.

Where did you grow up and how would you describe yourself as a child?

Carolyn grew up in Pittsburgh, PA, also known as “the city of bridges.” Bridging is a metaphor that describes much of her career and her approach in everything she does. This comes in the form of bridging creative and analytical when evaluating a design, or bridging the perspectives of the many functional leaders with whom she collaborates. In addition, the spirit and strength team was born of an early childhood experience. One spring, a new YMCA was being constructed near her house. Everyone was excited to have a pool for the summer. Before Memorial day, news raced through the community that the YMCA had run out of money. The men in the neighborhood knocked on every door, collecting outdoor paint. They mixed all of the whites together, and separately all of the darks together. Everyone pitched in to paint the pool and the swim lanes, including Carolyn who got her own corner of the pool! That act of collaboration set the tone with the community for many years to come, whether it involved cheering for the swim team, creating synchronized swimming events, or the adults hosting after hours themed potlucks. Bridging and radical collaboration are foundational elements in how she interacts with teams.

What did you study in college and what was your first job out of school?

Carolyn graduated from the College of Fine Arts at Carnegie Mellon University. One of the things that still gives her a laugh is that back then, the engineering students at Carnegie Mellon were known as the vegetables and art students were known as the fruits. With her nature to bridge, she had friends in both schools! This led her to joke that she must be a tomato - a fruit that most people think is a vegetable.

Her first job in Customer Support brought her to Boston.  This role taught her empathy for the end user and that the user’s perception is their reality. Her ability to diagnose problems led to jobs in quality assurance, while her curiosity of how things were created, brought her further into the technical field. It wasn’t until later that she discovered user centered design and design thinking, but this is where the seed was planted.

Can you share the details on your career path and what were the critical moments that got you to where you are today?

In the early 1990’s Carolyn was introduced to UX - a field that combined creative and analytical thinking. Carolyn experienced a significant amount of career growth at Interleaf, including being on the due diligence team that led to Interleaf’s acquisition by Broadvision for nearly 1 billion dollars.

When IBM acquired Rational software, Carolyn found her way back to designing user experiences by leading efforts that are commonly known as user journeys or journey maps.  Her team would futurecast the experience as a story, imaging where they could make the users say “wow!” This story and it’s moments of “wow!” was used to drive everything they did - from development, testing, demoing and selling. She also learned the importance of creating and running healthy teams from industry luminaries Erich Gamma & Jon Wiegand. Here she got to see how the power of design really impacted the business by tripling the value of the products sold. She donated her techniques to the IBM Design organization when it formed in 2013. She can see her thumbprints on some of the materials used by IBM to roll Design Thinking out to the world.

After nearly 15 years at IBM, Carolyn took some time off and then joined PTC. She honed her ability to run design thinking workshops, helped train others, and led progressively larger workshops with the largest being 180 people. She loves running workshops, as they allow everyone to think freely, have some fun, and get excited by the process.

What is your current role and responsibilities?

As VP of Design at Brightcove, an online video platform, Carolyn oversees a global team of designers and writers. Their mission is to tell customer stories to the product teams, to make it easier for Brightcove’s customers to share their stories in video. Having briefly flirted with video production in college, the opportunity to work in video and inspire a culture of design thinking at Brightcove intrigued her. As a storyteller, customers using video to engage audiences around the world was exciting - and a great opportunity to once again partner with Charles Chu, our Chief Product Officer. Working at Brightcove often reminds Carolyn of her time at Interleaf - a small company with an amazing customer base, poised to do great things together. She is excited about the opportunity to execute as one team on innovation for our customers.

For people who are looking to be in a similar position, what advice would you give to others in terms of helping them achieve their career goals? What organizations are helpful to get familiar with?

Carolyn’s top tip for recent grads and VP’s alike is to learn the business you are in, and establish strong relationships. Design is a collaborative effort - and one that reaches throughout the organization. To be successful, use your empathy as a designer to understand the goals and pressures of your teammates in other functions. Then use your creativity to future cast your relationship and build bridges.  There are so many ways to get involved in your field outside of your immediate peer group. A simple start is to get involved with UXPA or attend the annual conference. For designers further into their career, consider learning more about UX strategy. There is a LinkedIn group called UXStrat, along with a conference that occurs three times a year in different locations. The USA conference is in Boulder CO in September.

What do you enjoy doing in your free time?
Carolyn is the proud parent of two Cardigan Corgi’s, Sookie TruBlu & Shapeshifter Sam. The lore of the Cardigan Corgi is that they are the preferred breed of elves and fairies because they enhanced their powers. In honor of fairies and all, Sookie is named after Sookie Stackhouse from True Blood, and Sam is named after well, Sam, the shapeshifting bartender who protected her. (picture below)  Carolyn has come to believe in the lore, as they bring out her inner elf and the magic is now flowing! You can follow them on instagram @mr.shifter_ms.sookie and @sookie_trublu.

Carolyn enjoys sculpting, cycling, yoga & meditation. When Carolyn wants to celebrate she loves going to Cape Cod, or dining at Sycamore in Newton. 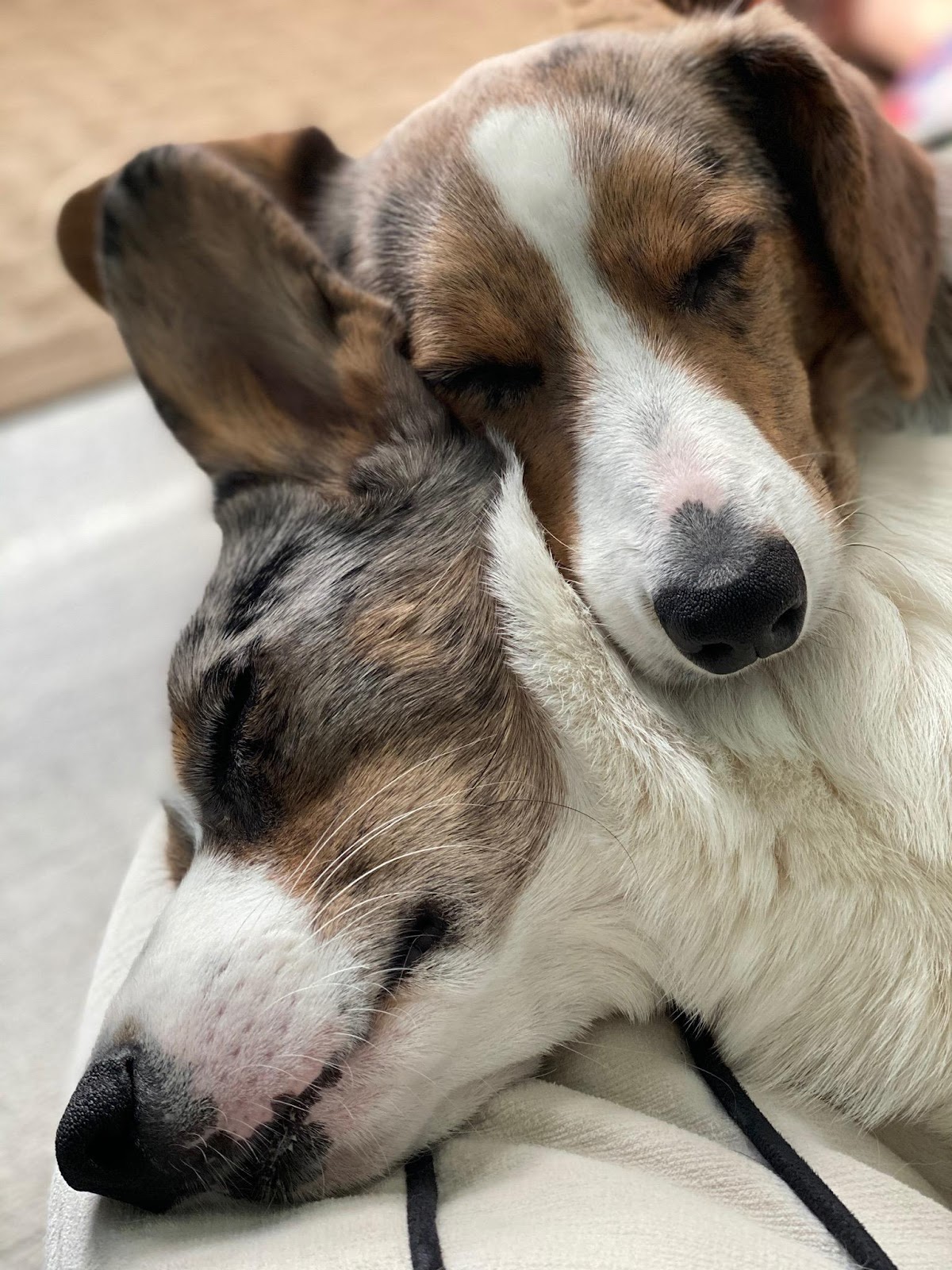 Any book or podcast recommendations?
While on the train, Carolyn is currently listening to “Talking to Strangers” by Malcolm Gladwell. For getting her brain flowing in the Psychology/UX space she is also reading Bottlenecks by David C Evans - it’s a digestible take on UX and how humans are wired, a great read for anyone who is curious about how the brain processes information.

Final advice to pass on?

“Bring your whole human to work. Create a psychologically safe work environment and set goals. Then trust your team to use their wisdom. Laugh. Celebrate. Cry if you have to, and watch how much more you get done together.”

Want to learn more about Brightcove? Check out their BIZZPage.

We are video that means business, helping customers experience the incredible potential of video. How Tech Companies Can (and are) Challenging Gender Bias